The return of EICMA is a full tank of passion

‘Welcome back, adrenalin’, EICMA reveals the advertising campaign of the 78th exhibition

With a work inspired by Futurism, the countdown starts for the most important international exhibition dedicated to two wheels. which is back in Milan after last year's stop

MILAN, 21 SEPT. – Dynamism, avant-gardism and emotion. EICMA, the International Two Wheels Exhibition, is back in Milan from 23 to 28 November next and today presents an advertising campaign that looks back at the origins of the event, when in 1914 the Lombardy capital hosted the very first show. It does so with a work inspired by the style of Futurism, created by the Italian illustrator Victor Togliani, which seals the innovative attitude of the industry of reference and traces, with a strong visual impact, the sensations and the passion of the general public for the exhibition. “Welcome back, Adrenalin”, the claim chosen for the launch of this 78th EICMA calls together the community of fans, orphans of the 2020 exhibition, playing on the emotion that they have in common, and at the same time relates the founding flavour of the image of the campaign.

Drawing on and Inspired by the artistic movements of the early 20th century, EICMA is using the codes of an artistic trend, Futurism, to create a message with a revolutionary character in a contemporary reinterpretation. It is precisely of "neo-futurism" that the artist, well-known advertiser at International level, co-founder and creative director of the Yes Marini agency of Milan who conceived and curated the campaign, emphasizing how "the contamination between art and advertising has allowed generating an up-to-date and modern, and culturally revolutionary code of communication, which highlights the significance and the sociocultural importance of EICMA." "It is an expressive style of great personality and authority that, Marini continued, "does not use the conventional codes of the sector, but offers an image of synthesis, capable of creating a visual and conceptual disruption for EICMA in the year of the new start after the pandemic."

“This synthesis," commented Paolo Magri, CEO of EICMA S.p.A., "truly encloses the desire of fans and the trade to meet again in this up-to-date international showcase, but which can also represent the movement and emotions aroused by the products of our exhibitors and, above all, the industry's attention to the future of mobility on two wheels. After 107 years, EICMA is still here: we would not be so strongly projected towards tomorrow if our roots were not so deep."

Admission tickets to the 2021 edition, which can be purchased exclusively online, will soon be available on the website www.eicma.it: the ticket shop will open in the next few days. 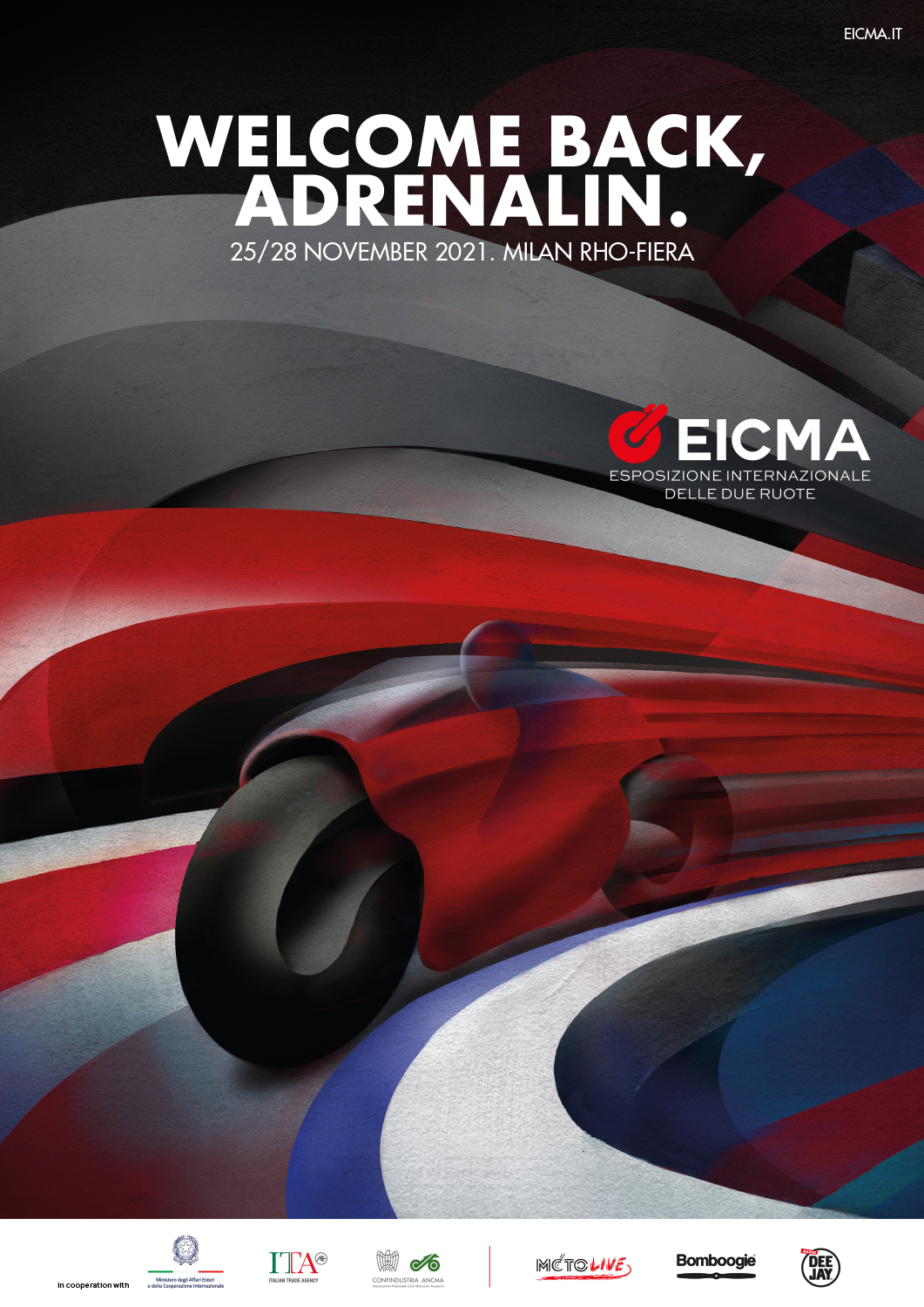